The Twilight Zone: "A World of Difference" 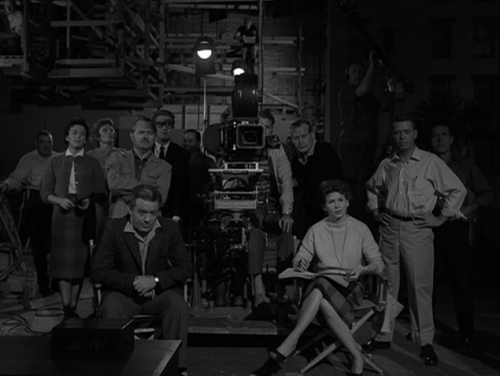 The Twilight Zone: "A World of Difference" (episode 23 of 36 from season one), 1960. A man finds he's an actor, shooting a movie that he thought was reality.

Concept: B
Story: B
Characters: C
Dialog: C
Pacing: B
Cinematography: B
Special effects/design: B
Acting: B
Music: B
Enjoyment: A neat idea that could have easily turned into a bad episode, but they handled it well. B