The Twilight Zone: "The Monsters Are Due on Maple Street" 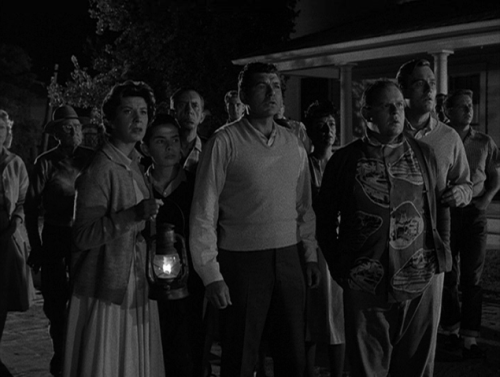 The Twilight Zone: "The Monsters Are Due on Maple Street" (episode 22 of 36 from season one), 1960. A meteor and power outage lead to paranoia.

Concept: A
Story: C
Characters: D
Dialog: D
Pacing: C
Cinematography: B
Special effects/design: B
Acting: B
Music: B
Enjoyment: A great idea, not executed particularly well. The turns are too sudden and extreme to be believable, and it ends up more a political cartoon than the thriller or parable it's meant to be. C