The Walking Dead: Season One

). I was really expecting this to be awesome. Turns out it's just a bad soap opera. There's about ten or fifteen minutes of action/horror stuff in each episode, and those bits are really good, but otherwise it's terrible.
Objective Rating (Average):

Posted by Daniel at 6:38 AM No comments:

You get a sense of some of these guys being really interesting characters, but they never really come through clearly. No one has any background or motivation beyond what's necessary for the plot. The protagonist, meanwhile, is hardly even a character at all. If the movie didn't start with a voice-over by him, you probably couldn't tell he's supposed to be the protagonist.
Dialog:

There are moments of greatness. There's also a lot of just creepy stares or uncontrollable sobbing. In the end, though, I have to give the actors credit for creating the characters (because they certainly don't come from the writing).
Music:

). Unpleasant people being unpleasant to each other. It's well made and fairly original - I just don't like this kind of movie (the humorless, cynical crime film) enough to like one that's anything less than amazing.
Objective Rating (Average):

Posted by Daniel at 2:44 AM No comments: 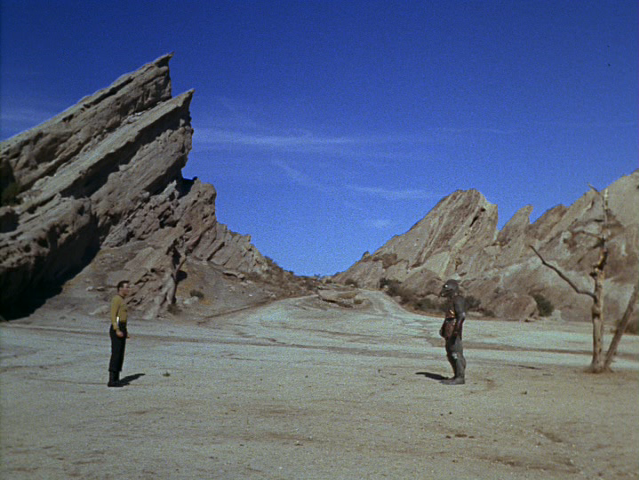 It starts out so promising and exciting, but somehow ends up revolving around Kirk making gunpowder.
Characters:

The first half is great. The second half is pretty dull.
Cinematography:

). It's got a lot wrong with it, especially with the script. The first half of the episode, with action and battles and strategizing, is really damn good. Then some god-like powers show up, and it falls apart.
Objective Rating (Average):

Posted by Daniel at 7:02 AM No comments:

Reeeeally was not expecting to like this movie.
Story:

Yeah, that's right - it's the true story of a guy cutting his arm off, and it has great characters. What the hey?
Dialog:

After watching it, I'd have guessed it to be about 2½ hours long. I don't know why that is, though, because it's exciting, fast and certainly never boring.
Cinematography:

). Just about as intense as a movie could possibly get. I don't know why that's enough to make me like it. Usually I don't care for these sorts of things that are hard to watch, but this one's different somehow. Maybe it's because when it's at its worst, ick-wise, is when the character is fighting hardest.
Objective Rating (Average):

Posted by Daniel at 6:14 AM No comments:

Star Trek: "The Squire of Gothos" 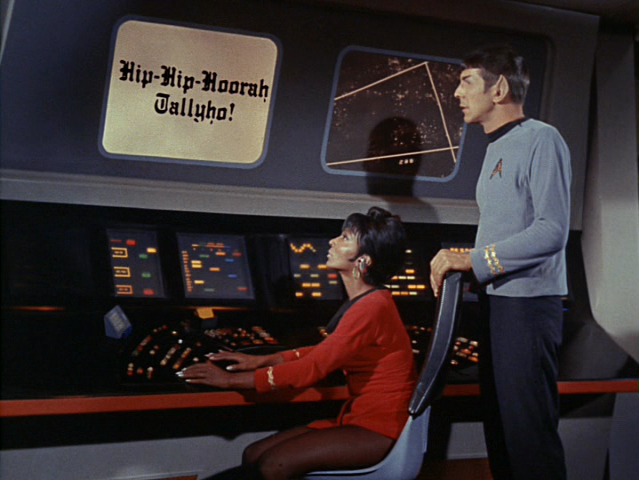 Here we go with the god-like powers again...
Story:

). Well, at least the god-like powers are the result of advanced technology, and not some ESP nonsense, so you can believe that the good guys might possibly win through their own agency. But of course they don't. It's just the same old waiting-for-the-deus-ex-machina bullshit again. One of my least favorite episodes.
Objective Rating (Average):

Posted by Daniel at 3:55 AM No comments: