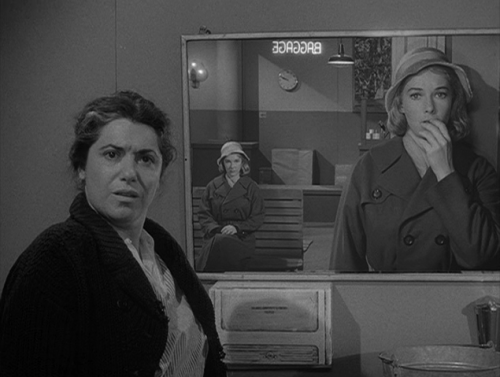 The Twilight Zone: "Mirror Image" (episode 21 of 36 from season one), 1960. A woman encounters evidence of her double.

Concept: B
Story: C
Characters: C
Dialog: B
Pacing: B
Cinematography: C
Special effects/design: C
Acting: B
Music: B
Enjoyment: It doesn't really go anywhere with its idea, but it's a creepy enough idea to make a good episode on its own. B