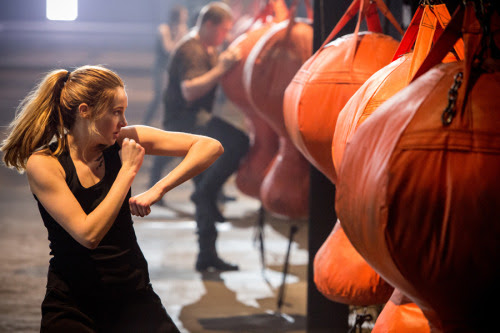 Concept: D
Story: D
Characters: C
Dialog: C
Pacing: B
Cinematography: B
Special effects/design: B
Acting: B
Music: C
Enjoyment: Painless. There's nothing good in it that isn't shamelessly stolen from Hunger Games, and there's nothing original in it that isn't nonsense. But they made a pretty okay movie, considering what they had to work with. C