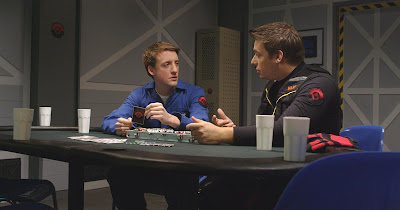 Space Janitors: Season Two, 2013. A couple of guys are janitors on the evil empire's space station.

Doctor Who #155: The Greatest Show in the Galaxy 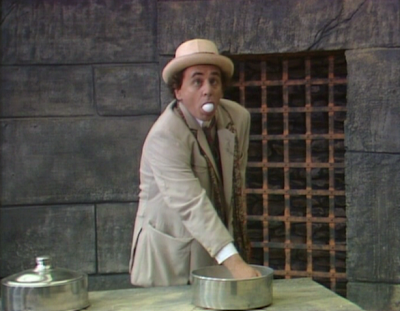 Doctor Who: The Greatest Show in the Galaxy, 1988-1989 (the last story of four from season twenty-five). A sinister circus is sinister.

Email ThisBlogThis!Share to TwitterShare to FacebookShare to Pinterest
Labels: doctor who 1963 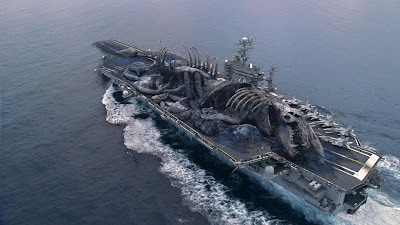 Pacific Rim, 2013. Giant robots save the world from giant monsters. 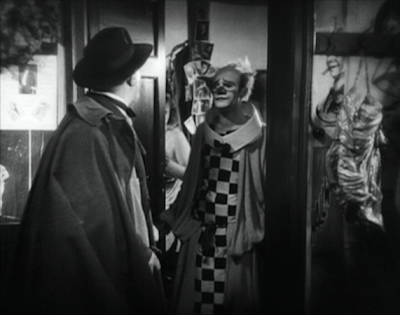 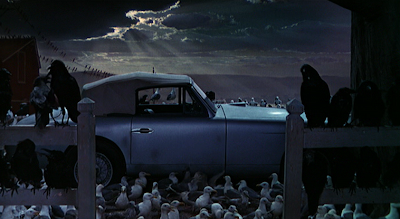 The Birds, 1963. A woman follows a man to a small town, where he lives with his over-protective mother.

Concept: 3/4 (Good)
Story: 1/4 (Bad)
Characters: 1/4 (Bad)
Dialog: 1/4 (Bad)
Pacing: 1/4 (Bad)
Cinematography: 1/4 (Bad)
Special effects/design: 0/4 (Terrible)
Acting: 2/4 (Indifferent)
Music: 0/4 (Terrible). The idea of not having music, just bird sounds, would have worked if (1) more than half the movie had anything to do with birds, and (2) the bird sounds didn't sound like somebody playing bongos with his cat.
Subjective Rating: 6/10 (Okay, 2/4). The first 90 minutes is awful - mostly boring "development" of shit characters, with the occasional unintentionally funny bird attack. The last half hour, on the other hand, is great. But why sit through the crap when you can just skip to the good bits by watching Night of the Living Dead instead?
Objective Rating (Average): 1.2/4 (Bad)
Posted by Daniel at 10:22 AM No comments: 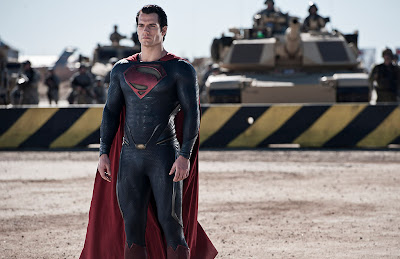 Man of Steel, 2013. An alien raised on Earth defends his adopted world.

Concept: 2/4 (Indifferent). I can see how if you want to make a long-lasting franchise that takes itself seriously, you probably feel the need to do the whole origin thing to establish exactly what's what in this version. But why do I want to watch it? Also: General Zod? Seriously? That's almost as bad as using Khan as the "new" Star Trek villain.
Story: 2/4 (Indifferent)
Characters: 2/4 (Indifferent)
Dialog: 2/4 (Indifferent)
Pacing: 2/4 (Indifferent)
Cinematography: 3/4 (Good). Since this is Snyder, I almost think I should give some bonus points for not using slow-motion.
Special effects/design: 4/4 (Great)
Acting: 3/4 (Good). Cavill makes a great Superman. (He doesn't get a chance to play mild-mannered reporter Clark Kent, though, which is a shame.)
Music: 2/4 (Indifferent)
Subjective Rating: 6/10 (Okay, 2/4). I'm looking forward to the sequel. This movie doesn't do much for me, and I suspect the action would be mind-numbingly dull on a re-watch. But there's a lot of potential. It establishes a great cast and setting for an epic DC Comics movie franchise, and that is exciting.
Objective Rating (Average): 2.4/4 (Okay)
Posted by Daniel at 4:18 PM No comments: