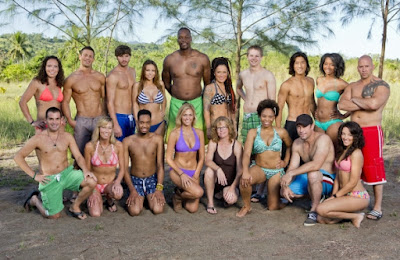 Concept: C
Story: B
Characters: C
Dialog: C
Pacing: B
Cinematography: C
Special effects/design: C
Acting: n/a
Music: C
Enjoyment: This cast is a weird group. There are a lot of people playing hard, which makes for an excitingly unpredictable season. But there are also almost no likable people, and a lot of bitterness and fighting. Overall, as annoyed as I often was with it, I suppose it had me hooked in. B

Email ThisBlogThis!Share to TwitterShare to FacebookShare to Pinterest
Labels: survivor