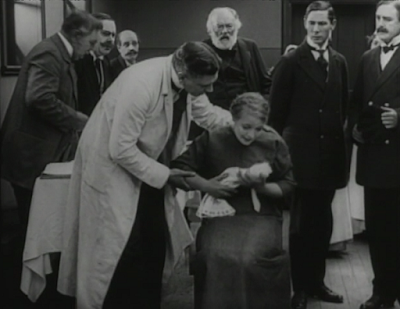 Written & directed by Victor Sjöström, based on a play by Nils Krok. Starring Hilda Borgström, with Aron Lindgren, & Georg Grönroos.

Concept: D
Story: C
Characters: C
Dialog: C
Pacing: C
Cinematography: C
Special effects/design: B
Acting: B
Music: C
Enjoyment: It's surprisingly well done for 1913, especially the acting. Movies about tragic social injustice are very much not my thing, but I've seen a lot worse from modern movies. It's not preachy, doesn't make villains of people. And it has the added bonus of possibly being a significant factor in the adoption of socialism in Sweden, which is pretty important for the world (albeit not so important for my enjoyment of the movie). C