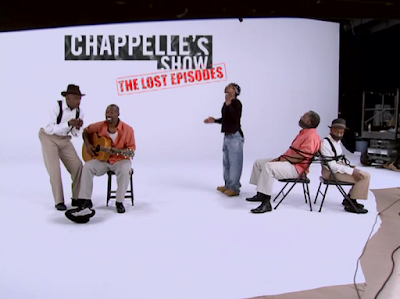 Concept: D
Story: D
Characters: C
Dialog: C
Pacing: B
Cinematography: D
Special effects/design: C
Acting: C
Music: B
Enjoyment: If these skits were the best they could come up with, I can understand why Chappelle quit the show. A couple of them are funny. Others aren't. I have to wonder if some of them were actually outtakes from earlier seasons that didn't make the cut for the "greatest misses" episode. C